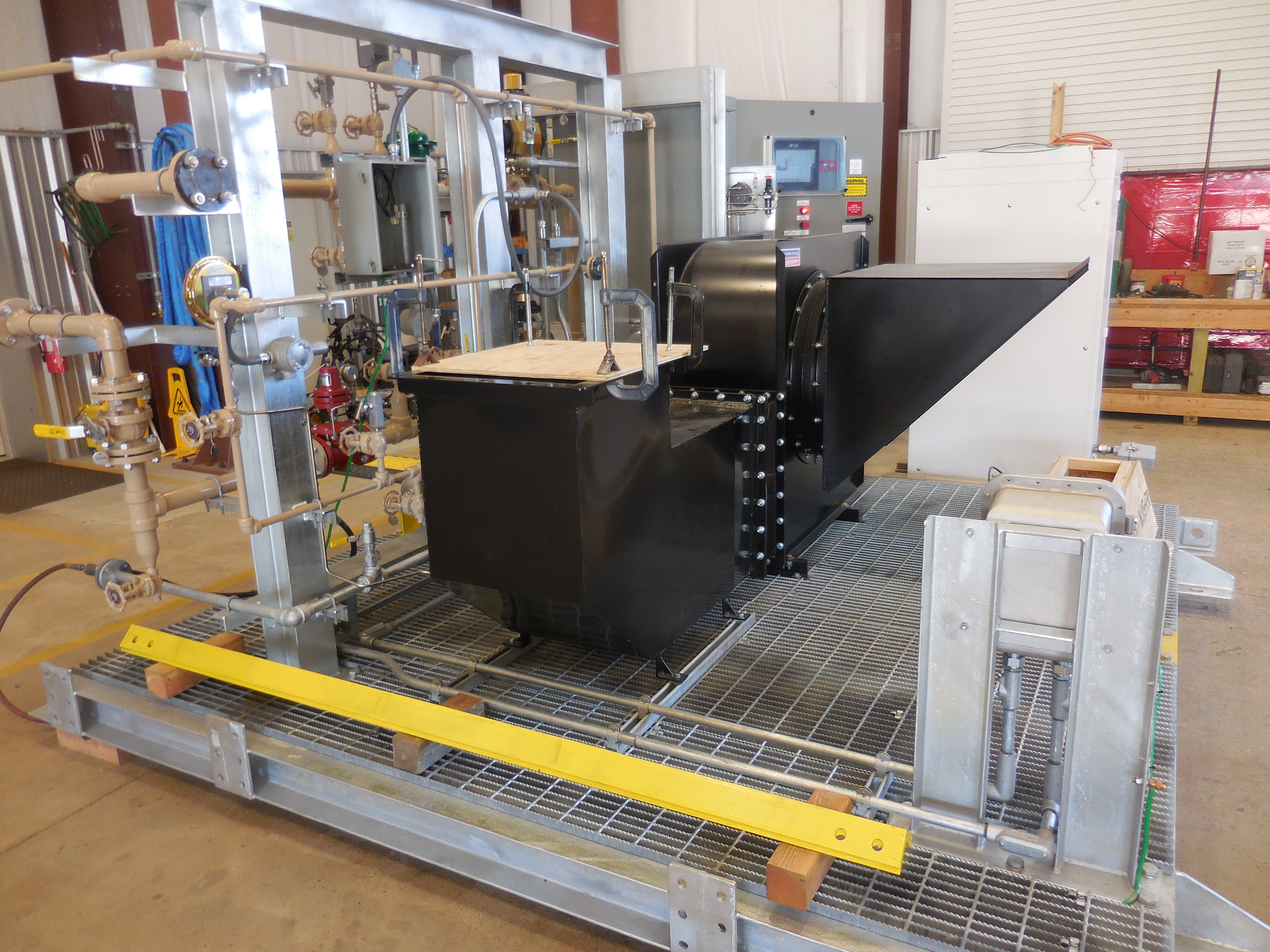 We continue this month on our discussions around fired heater controls. We talked last week about some of the ways to control fuel and air. If a customer (or heater vendor) decides that parallel positioning is the best option for the application, there is now another decision that needs to be made. How do we control the fan itself - using a damper or variable frequency drive?

There are several factors to consider when choosing between a variable frequency drive (VFD) and a damper to control the output of forced draft fans. Some of these factors include, initial startup costs, energy costs, the total amount of fan reduction needed, and noise and vibration considerations. Fan performance curves can help determine which option is the most efficient for the application.

So, when should dampers be used and when should VFDs be used? Here are a few points on each to help answer this question.

While dampers can be less costly in upfront capital costs, VFDs may be cheaper in long-term energy costs, depending on the application. Fan performance curves can help determine which option is the most efficient for the application. . The variable torque characteristic of the fan means that the relationship between flow and the speed of the fan is such that the input power reduces in a cube law relationship with the speed reduction (known as affinity laws), as shown in the graph. You notice at the same flow rate, the VFD has a much lower energy consumption. 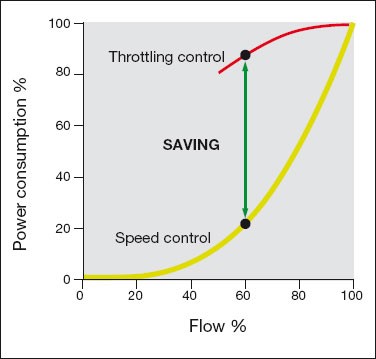 A VFD may require more initial startup costs, but you should recoup that cost over time in power savings.

A VFD can also help control noise and vibrations from the fan. When regulating flow rates dampers can induce unwanted vortexes in the airflow which create noise and vibration, whereas VFD’s will cause only slight changes in noise rate.

Dampers may be less expensive in initial costs, but once you factor in the cost of a control valve for the damper and the relatively low costs of drives these days, the difference in cost can be slight.

If air volume change is required infrequently, dampers may be the more cost effective choice between airflow regulation devices. They are especially effective when restricting airflow by less than 20 percent.

Dampers may also be the correct choice when fan output is so low that the motor needs to run under 30 percent speed for extended periods of time. Running at such slow speeds can prevent the motor from cooling itself and result premature motor failure.

There are cases where both a modulating damper and VFD would benefit the application together.

Check back next week for our last installment in this series on fired heater controls.